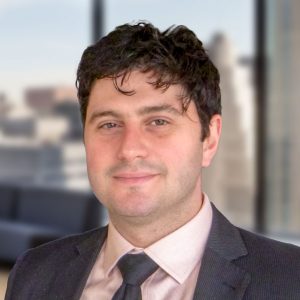 Alex Barmas joined DeSimone in 2018 and is currently a Senior Associate of the firm’s Façade Consulting Practice. Mr. Barmas has over 10 years of professional experience in the design, procurement, and construction oversight of building envelopes. He has worked in all aspects of façade consulting, including work with architectural geometry, building physics, building envelope structural analysis, facade system design and detailing, roofing and waterproofing principles, and project management.

Mr. Barmas’ career has included time as a façade consultant and as a system designer for a curtain wall contractor. He has worked with and managed teams of facade consultants and technicians for a variety of project types around the world including innovative work with unitized fire-resistive façade systems.

Mr. Barmas earned his Master of Architecture degree from Princeton University in 2008 and his Bachelor of Engineering from The Cooper Union in 2005.