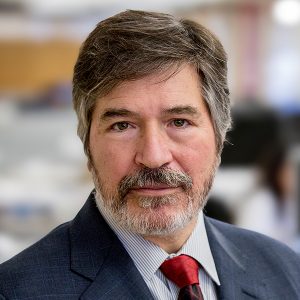 Mr. Hayda joined DeSimone in 1986 and was named Managing Principal in 2002. He is responsible for many award-winning projects and has amassed sizeable expertise in the evaluation of existing structures and the design of structural systems in concrete, steel, wood, and composite materials.

Mr. Hayda has directed and managed the design of large-scale projects for DeSimone, and the majority of his design has been for casino, hospitality, renovation, and industrial projects. Since 1988, Mr. Hayda has been responsible for designing DeSimone’s gaming projects, especially in Atlantic City.

Most notable is his work on the award-winning Mohegan Sun Project Sunburst: (a $1 billion, 4,000,000 sf gaming expansion), the largest private development project on the East Coast. Mr. Hayda designed the Element, a 36-story, 350,000 sf residential tower, which won the 2007 CIB Annual Award. Current projects on the boards include City Point, Empire Outlets, and Riu Hotel. Other notable casino related projects include: Trump Plaza East Tower, Caesar’s Casino Expansion, and Crystal Palace Hotel & Casino in the Bahamas. He has also completed numerous smaller projects for Atlantic City’s casinos and has significant gaming and theming experience in other states.

Prior to joining DeSimone, Mr. Hayda gained valuable industrial and construction experience, which has given him a firm foundation for renovation projects. He has been responsible for such major renovations as the Empire Hotel in New York and a complete seismic upgrade of the LAX Hilton in Los Angeles. Other notable renovation projects include the technical modernization of the St. Regis Hotel, the New Amsterdam Theater, and 90 West Street, all major New York City landmarks.

As Managing Principal, Mr. Hayda’s responsibilities include continuing professional development of the technical staff through in-house and other seminars, as well as overseeing the technical library. He also manages the CAD system and its standards. Mr. Hayda received his Bachelor of Science degree in Civil Engineering from Washington University in St. Louis, Missouri. He is a licensed Professional Engineer in 17 states and is an active member of several professional organizations including: