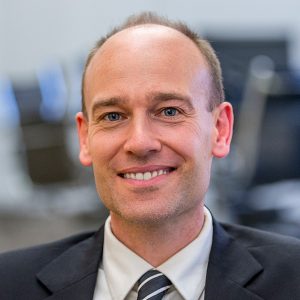 Mr. Plechaty joined DeSimone in 1995 and serves as a Principal in the New York office. While with DeSimone, Mr. Plechaty has been the primary designer and project manager on over 40 major structures. His use of innovative schemes and details has helped difficult and complex projects be completed within budget and on schedule.

After leading the firm’s overseas operations in Abu Dhabi for four years, Mr. Plechaty is again based in the New York office. While working in the UAE, his projects included the Al Hilal Bank Tower, a 25-story commercial office building, the 48-story award-winning Regent Emirates Pearl Hotel, and the Special Security Hospital, all in Abu Dhabi, UAE.

Mr. Plechaty has recently been involved in the design and management of numerous tall towers in New York City including 125 Greenwich, 101 Murray, and 520 Fifth Avenue. He is currently involved in a 1,400 feet tall condo as well. Recently completed projects include 551 West 21st Street with SR Capital and Foster and Partners Architects and the RIU Hotel in Times Square.

Previously, Mr. Plechaty was the Project Manager for the Standard Hotel, a 22-story exposed concrete structure erected over the historic elevated High Line in Manhattan’s Meat Packing District. 18 floors of the building are transferred by using twin 100-ft long composite steel trusses that are supported by exposed concrete columns. His additional experience includes the Mohegan Sun arena, a 10,000-seat sports complex utilizing 280-ft steel trusses, which was part of the $1 billion Phase 2 expansion of Mohegan Sun Casino resort in Connecticut.