DeSimone Consulting Engineers is pleased to announce the promotion of Brian Schenck in New York City and Danilo Nanni in Miami to Associate Principals of the firm’s Structural Engineering Practice. For more than a decade, Mr. Schenck and Mr. Nanni have worked on some of DeSimone’s largest and most recognized developments in the United States and abroad.

“Brian and Danilo have for many years contributed to the advancement of DeSimone’s client portfolio and overall legacy of the firm. As Associate Principals, they will continue to lead the firm’s Structural Design Practice as the firm continues to expand its scope of services and global reach.” – said Stephen V. DeSimone, CEO and President, DeSimone Consulting Engineers.

Mr. Schenck joined DeSimone in 2004 and specializes in large-scale renovations and educational developments. In New York City, his most recent projects include The Children’s Museum of Manhattan, which entails the expansive conversion of an existing landmarked structure into a new cultural destination; P.S. 62, New York’s first net-zero energy school and one of the most sustainable educational facilities in the country; and a full-scale renovation of 888 Broadway, an existing commercial structure located in the historic Flatiron District. As part of this new role, Mr. Schenck will also support DeSimone’s expanding Forensics Practice on structural condition assessments and retrofits. 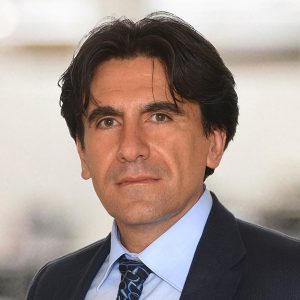 Mr. Nanni joined DeSimone in 2006 and has extensive experience in high-rise residential, hospitality, and mixed-use developments. Several of his projects are among the tallest in the State of Florida including Panorama Tower, an 868-foot mixed-use development, Brickell Flatiron, a 736-foot condo development, Aston Martin Residences, an 817-foot luxury tower, and Paramount Miami World Center, a 705-foot luxury condo building that is part of the second-largest, ongoing development in the United States.