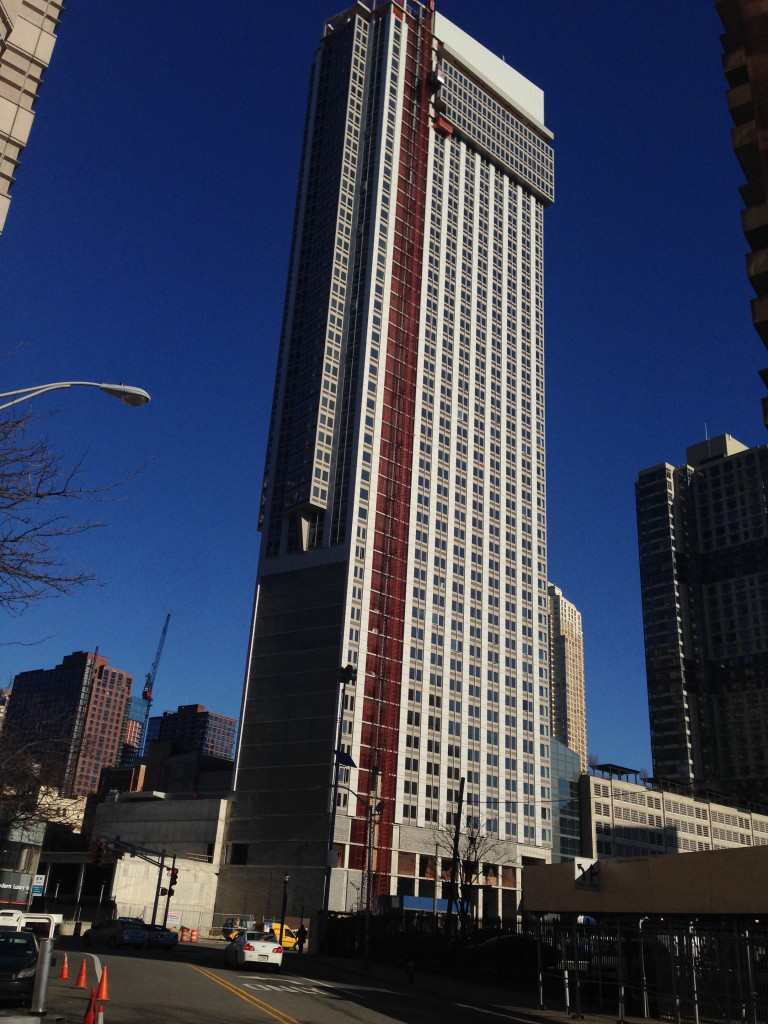 umbus in Jersey City, NJ, was selected by The New Jersey Concrete Awards Committee to receive the organization’s 2015 Merit Award in the High Rise Category.

The 50-story tower at 70 Columbus is one of two residential towers recently completed by DeSimone’s New York office as part of the Columbus Towers project. Columbus Towers stands 530feet tall and includes 610,000 square feet of residential and retail space. The project is the second part of a four-phase development project by Ironstate Development at the site along Christopher Columbus Boulevard in Jersey City.

“DeSimone is honored to receive NJCA’s Merit Award for 70 Columbus,” said Jarret Johnson, now an Associate Principal of the Boston Office. “We are proud to be involved in the Columbus Towers project, and we are excited about the enormous opportunity in Jersey City and the surrounding area as growth continues in the region.”