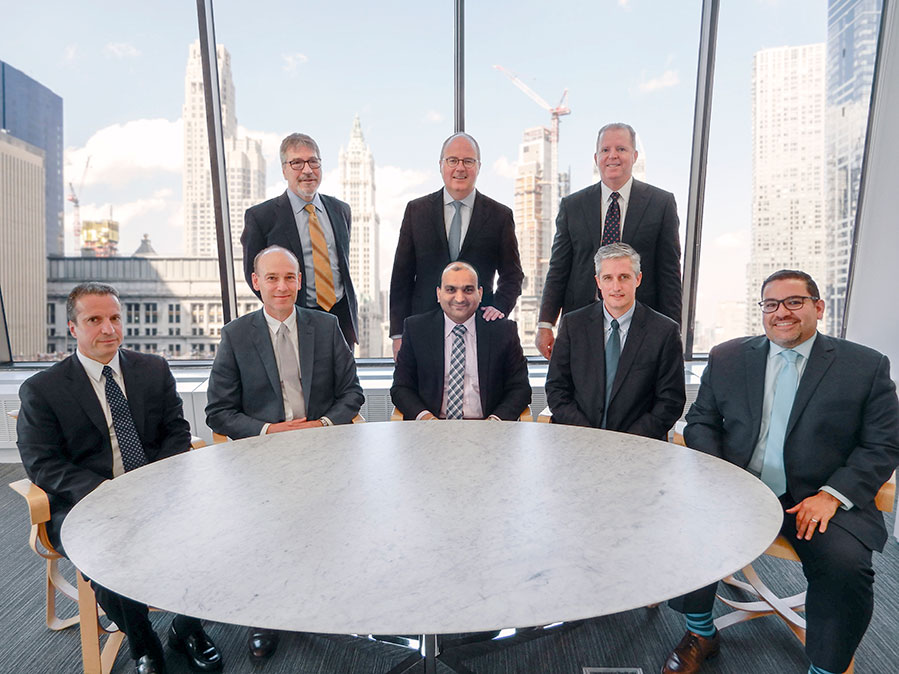 DeSimone Consulting Engineers, a leading engineering firm with offices worldwide, is pleased to announce the appointment of five new Partners to the firm’s global Engineering Practice. Named in response to their personal contribution to the firm and unprecedented business growth within their specialties, the new Partners include James J. Bonanno, Benjamin T. Downing, Mukesh M. Parikh, Mark B. Plechaty, and Luis F. Ramirez.

Founded in 1969, DeSimone is a world-recognized leader in structural design and has served as the engineer for some of the most complex buildings around the globe. Today, the firm’s breadth of services also includes the design of high-performance facades and building envelopes, forensic engineering, and MEP design analysis.

“I am thrilled to introduce new members of DeSimone’s executive team who have excelled year over year in terms of client services, contribution to the firm’s growth, and design excellence,” said Stephen DeSimone, President and CEO of DeSimone Consulting Engineers. “Recognition and advancement of DeSimone’s core leadership team is more important than ever as the firm continues to expand its scope of services and global workforce.”

Benjamin T. Downing joined DeSimone in 1994 and has served as the Managing Principal of DeSimone’s New Haven office. Mr. Downing’s extensive project portfolio spans the entire eastern seaboard and includes a mix of casino resorts, multi-unit residential buildings, retail developments, and hotels. His most recent projects include Jersey City Urby, one of the tallest completed structures in New Jersey.

Mukesh M. Parikh joined DeSimone in 1999. As Managing Principal in the firm’s New York office, Mr. Parikh has overseen some of the company’s most high-profile developments in the Northeast and New England regions of the United States. Current projects include 99 Hudson, a 79-story condominium development that is now the tallest building in New Jersey, and 220 Central Park South designed by Robert A.M. Stern in Manhattan.

Mark B. Plechaty, a Principal in the firm’s New York office, joined DeSimone in 1995 and was instrumental in development of the firm’s overseas operations in Abu Dhabi. While stationed in UAE, his projects included Grand Hyatt Abu Dhabi Hotel & Residences Emirates Pearl, one of the world’s tallest twisting structures. In New York, Mr. Plechaty’s legacy projects include 125 Greenwich Street designed by Rafael Viñoly and The Standard High Line Hotel.

Luis Ramirez joined the firm in 2005 and is a Principal overseeing both Miami and New York projects. Mr. Ramirez is currently designing One Bayfront Plaza, a 92-story mixed-use building that will become the tallest tower in Florida and the first to rise above 1000-feet-tall. Other projects include Zaha Hadid’s One Thousand Museum, one of the most high-profile, ongoing developments in the United States.